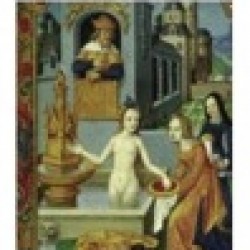 The Gauls were not adepts of perfume, but they possessed much botanical knowledge and a well-developed pharmacopoeia. The Romans, when they conquered Gaul in 51 BC, introduced the use of baths, perfume and cosmetics. The Druids, who were very oppressed, were replaced by Roman doctors and perfumers.

Catholicism was widespread. Frankincense was widely used during worship. Spices and scents, considered as precious goods, were offered at important occasions, foreshadowing their future trade: the caliph of Baghdad, Haroun al-Rashid, offered some to the Emperor Charlemagne.

With the crusades (1096-1291), trading between East and West developed, and the trade routes improved. The crusaders brought back new scents and spices from the East, and reintroduced the habit of using perfume. From the 10th to the 15th centuries, Venice became the major seafaring trade and distribution centre for the whole of Europe.

In Spain, the Arabs also greatly enriched the art of perfumery: from the 10th to the 13th centuries, Cordoba rivalled Baghdad in luxury and learning.

Competition sprang up between apothecaries, spice traders, herb sellers and vendors of other fragrant substances. In the 13th century, the different trades began to be regulated separately.

In the Middle Ages, men and women bathed often. As in ancient times, baths were scented with herbs and perfumes. Baths were offered to guests as a mark of courtesy. They were taken together with no regard to the different sexes, and meals were even served at the baths. Only the important figures had private baths. There were also many public baths open to everyone. The hygienic role of baths often served as a pretext for other activities. After a number of scandals, the magistrates declared that the sexes should be separated, and the clergy called for the baths to be closed down completely.

At the table, guests were offered ewers of perfumed water to rinse their hands. In this age, people still ate with their hands.

Until the Renaissance, the use of violet, lavender and orange blossom perfumes was common among noble or rich women, and these elegant ladies hid perfumed sachets in their clothing or linens.

In 1347, a Genoese ship returning from a siege of the Black Sea coast brought back the plague. Within a year, all of Europe was contaminated. Sprinklings, smoke and flavored wine were used to fight the scourge. Men and women inhaled precious aromatic substances contained in fragrant balls, at first called musk or amber apples, then pomanders.

To purify and perfume homes, laurel or rosemary was burned in the hearths and the ground was strewn with fragrant herbs.

In about 1370, fifty years after the discovery of alcohol, Queen Elizabeth of Hungary was the inspiration of the first perfume name, Eau de Hongrie, an extract of rosemary and lavender in an alcohol base. According to the legend, the hermit who created the fragrance and offered it to the queen reassured her that it would keep her beauty intact until her death. It seems that the charm worked, because at the age of 70, Elizabeth of Hungary married the King of Poland.

At this time, Grasse was renowned for its tanneries. As early as the 12th century, the city created trading ties with Genoa, and especially Spain, where the city bought its animal hides. The peasants in Grasse were already distilling plants and selling their products at the markets, but the city had not yet attained great influence.

Popular at the end of the 16th century, aromatic vinegar was traditionally a mixture of vinegar with variable proportions of natural and fresh fragrant products, particularly the essential oils of flowers and fruit. This strong-smelling product was used as a cure for faintness or dizziness, notably used to revive women who fainted.